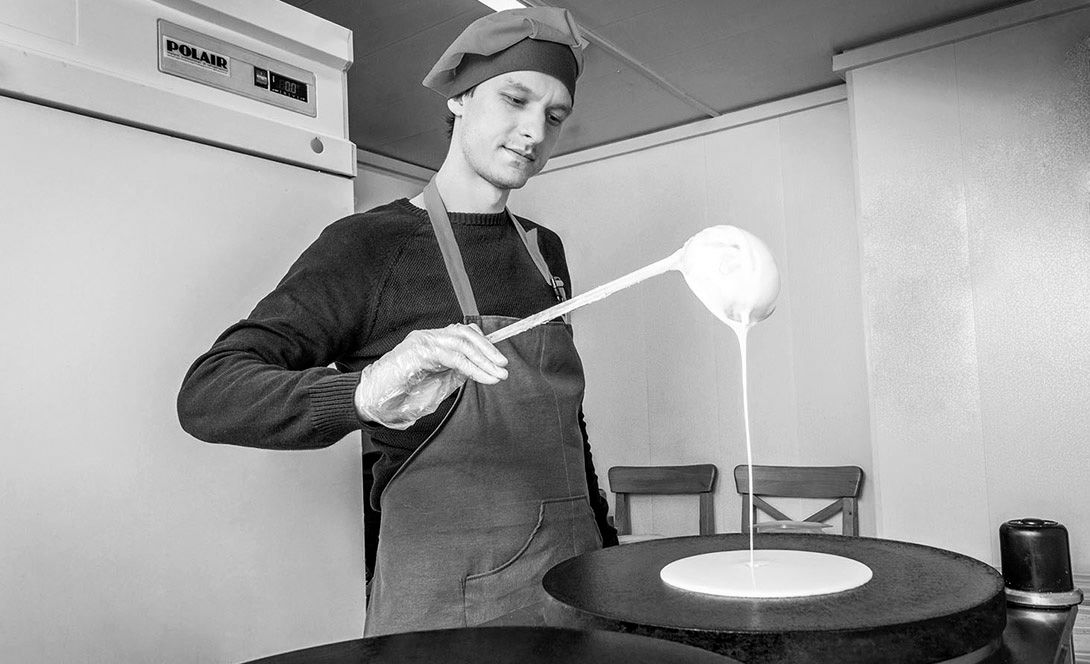 As the Russian saying goes, "the first pancake is always lumpy" (that is the first step is always the hardest). However, for all that, the first pancake that the history of the brand Panster began with panned out not lumpy at all, it was fried in Simferopol back in 2015.

Like any tourist arriving in Crimea Konstantin Sevastyanov willingly took his meals at local fast food venues, there are many of those on the Peninsula.

As a pancakes fan Konstantin noted how difficult it was to find this delicious, wholesome and beautiful, despite its visual simplicity, age-old meal among the Crimean street food.

A decent pancake house with a delicious menu, prices affordable for tourists and courteous service back then in the summer of 2015 simply did not exist in any form in Crimea.

That is when it happened, the idea caught on and the tourist became an entrepreneur. Over time a team of like-minded individuals was gathered and the first pancake house was opened under the brand "Gotovo!". Thus, a venue with tasty and fast food opened up in Simferopol.

Soon enough pancakes with fillings packed in a colourful cover with the motto "Gotovo!" (that means "ready!") filled their niche among the street food of the Crimean Peninsula, taking the fancy of locals and guests of the Republic…

Before opening the first pancake house many cooking craftsmen had worked on the development of the product line. The main idea was the quality of the product and careful selection of flavour components.

"These were long experiments with the recipes, testing of frying modes, searching for suppliers of quality food products, Konstantin recollects. We began to make a large number of ingredients that compose certain fillings right away ourselves — our own recipes, our own cooking. It couldn't be more natural". 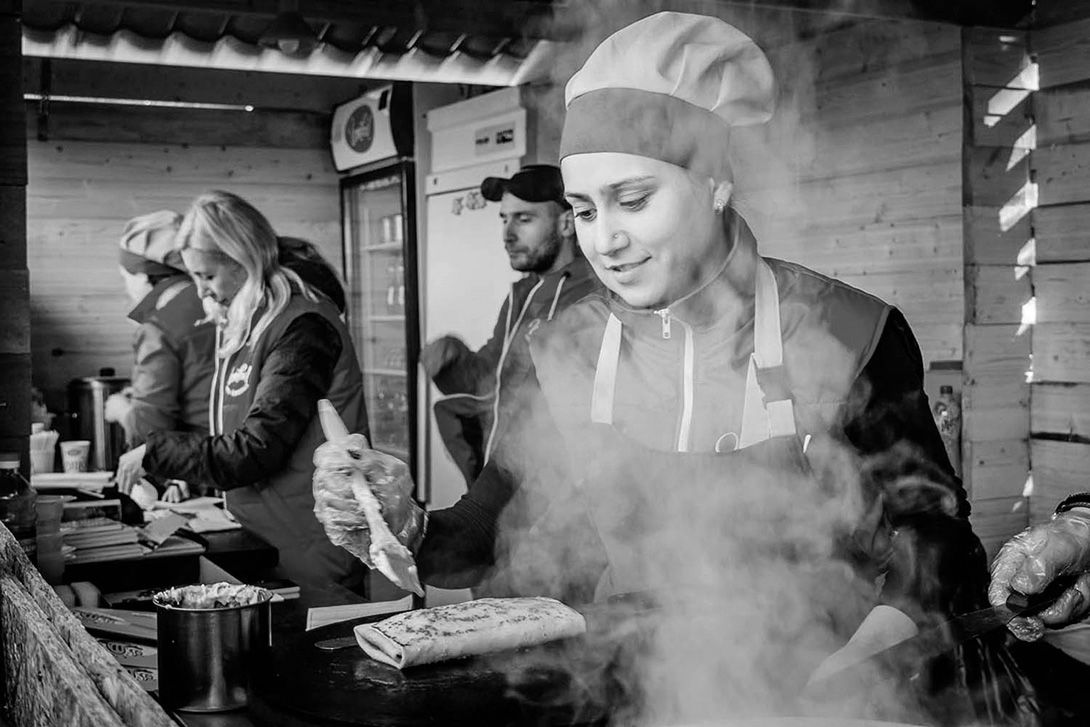 The initiator of his first business took following a number of seemingly simple principles as a basis:

The founder of the chain recounts: "We were motivated by the idea to show that "street food" is not casual meals that you have a snack on on-the-go, because you need to do it fast and / or uncostly.

It is a whole culture with its high standards of quality and "advanced" lifestyle. I am really interested in the entire story, so I continue to explore the specifics of "fast food" in different places of this planet. When coming to a new place I begin to get to know it with the local street food.

It gives a clue to the way of life and traditions of the nations. New impressions and taste discoveries, of course, nurture from within and give ideas for development."

Over the years, the team of "Gotovo!" has gained valuable experience and perfected the quality standards. Having passed the period from the birth of the idea and the business plan to the project implementation the strategy to expand the Chain and open pancake houses in other regions on the terms of partnership was adopted.

Therefore, in 2018 the time came to rebrand and change over from the name "Gotovo!" to Panster. 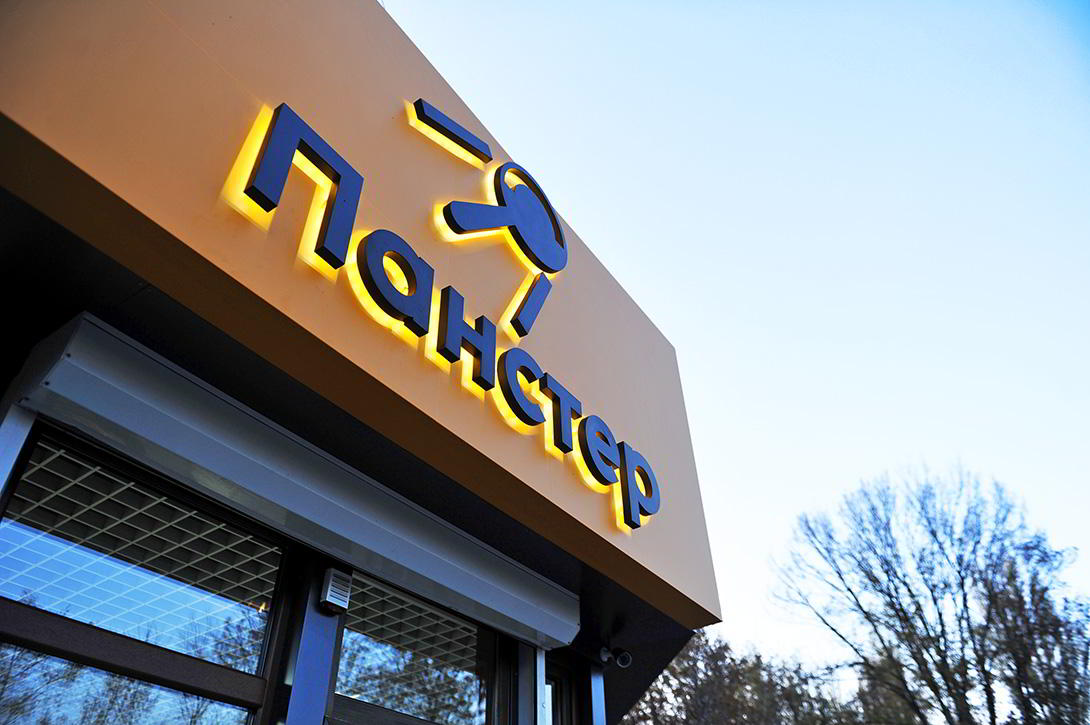 One of the reasons for the change was the impossibility... to register officially such a simple word as "Gotovo!" as a trademark. Therefore, among the key requirements for the naming of the chain there were not only the originality of the name, but the possibility to register it as well. Both were realized in the new word.

The name of the Chain was a compound word in the root of which our main "tool" for baking - a frying pan (and the meal pancake). The second part of the word - ster, describes the belonging of a person to a certain occupation. In our case - to baking pancakes, and in yours to their use. 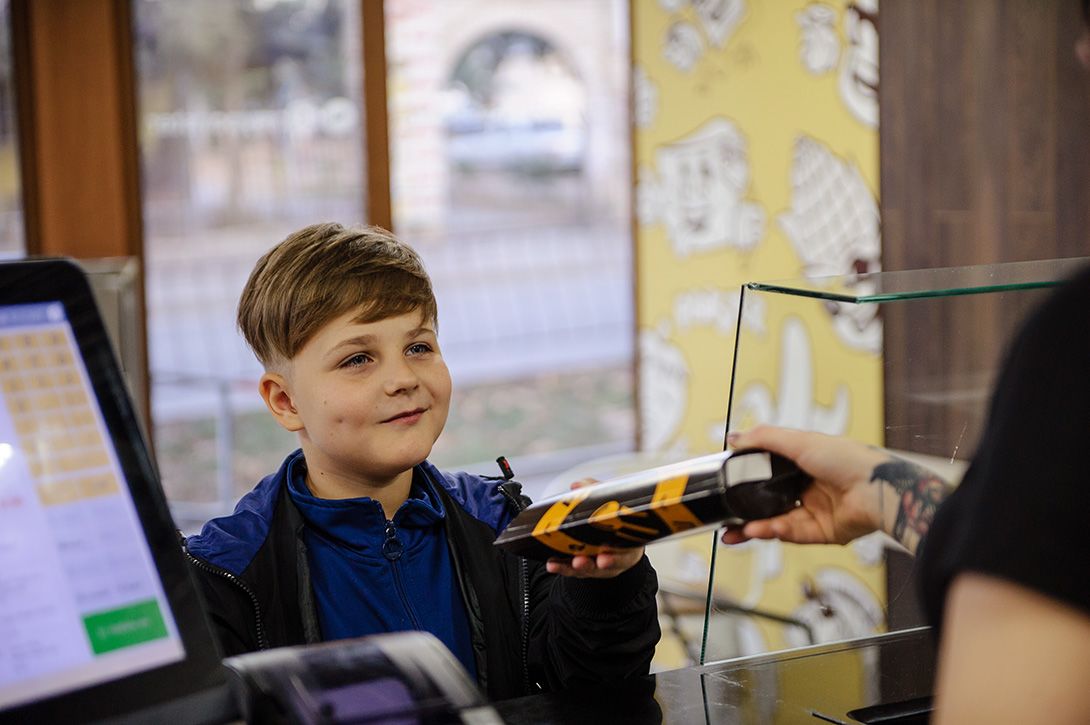 Moreover, the continuity principle remained an important concept of the rebranding: regular visitors should not feel this transformation, but only enjoy the "fresh wind".

With a new name to new dishes, new markets and new visitors.